TEMO is committed to the SNSM de Pornic by donating a part of its sales to prevention and safety at sea.

TEMO is committed to the SNSM de Pornic by donating a part of its sales to prevention and safety at sea.

May 2020. - TEMO joined forces with the Pornic branch of the SNSM (on France’s Atlantic coast) and now donates €10 from  each sale of its propeller  to the lifeboat station in order to support the sea rescue and prevention actions carried out by its volunteers.

TEMO and the Pornic SNSM

The idea of the TEMO electroportable propeller was born from the passion for boating and the regular sailing of its designer Alexandre Seux.

From as far back as his earliest trips out to sea on the French coast, he has always crossed the wake of the volunteer rescuers of the  SNSM (La Société Nationale de Sauvetage en Mer). .

Founded in 1967, through the merger of two rescue charities, the SNSM is an association whose principal mission is to provide free, voluntary assistance to human lives in danger, at sea and on the coast. As such, it is similar to the RNLI in the UK, the VMR in Australia, or the NSRI in South Africa, for example, and every year, no fewer than 35,000 people are rescued by SNSM teams.

True everyday heroes, they ensure our safety at sea and along the entire coastline.

As a player in the boating industry, based in the Loire-Atlantique region, the TEMO team feels responsible for the safety of boaters. From the very beginning of its adventure, it has been keen to support the actions of the SNSM by donating €10 per TEMO sold to the Pornic lifeboat station.

This close partnership with the branch will enable the SNSM to finance concrete actions carried out at the station and to forge lasting links with the Pornic rescuers. 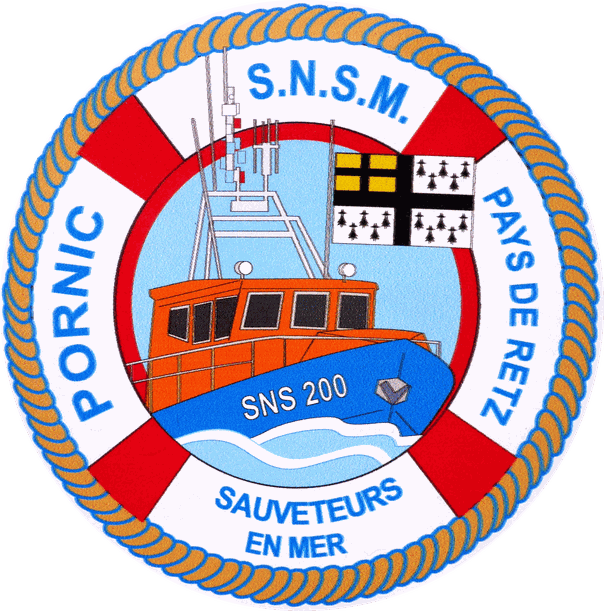 While TEMO's donations will help finance the overall actions of the SNSM in Pornic, they are also intended to play an active role in the prevention of risks related to using boat tenders. A cause that is particularly echoed by TEMO, whose vocation is precisely to facilitate dinghy trips.

Today in France, there are nearly one million registered boats, 550,000 of which are regularly used by their owners, whether leisure boaters or fishermen. And this number increases considerably if we add all the unregistered watercraft - such as boat tenders or canoes and kayaks.

However, among the recurring accidents recorded by the SNSM, those involving small boats are at the top of the list. Used for short journeys between the anchorage and the shoreline, their danger is all too often underestimated by occasional sailors and boaters: misuse, failure to respect safety rules with regard to outboard engines, failure to wear a lifejacket... a lack of knowledge of the right gestures and good practices responsible for dozens of accidents and drownings a year.

In order to ensure the best possible safety, the SNSM at Pornic very regularly carries out prevention workshops with sailing clubs and nautical associations in the region. Initiatives in which TEMO wishes to invest.

“One of the main motivations when we conceived our propeller was to lighten the weight of tender engines” - stresses Alexandre Seux, “We wanted to make them easier to use and to prevent as much as possible the risk of falling into the water or injury during handling”.

For Christophe Morel, president of the SNSM's Pornic branch, this new portable and very light motor is an active participant in risk prevention.

“We regularly attend incidents that occur in boat tenders. Owners fall into the harbour when they’re trying to start or install their engine. These are heavy, cumbersome and unbalanced on small boats. We are therefore very happy to be starting this partnership with TEMO and we see positive synergies from working together”.

The donations made from each sale of the propeller will help to carry out the Pornic branch's rescue actions, and TEMO wishes to accompany the SNSM as much as possible during its forthcoming demonstrations in the Loire region

About the  SNSM in Pornic :
The Pornic lifeboat station currently has 25 volunteers, including 21 operational rescuers. Christophe Morel, the station's president since 2016, and the team of volunteers are contacted via their phones if they are available, thanks to an app provided for this purpose. On average, 10 volunteers per day are available 24 hours a day.The SNSM in Pornic covers the entire bay of Bourgneuf-en-Retz, on France’s Atlantic coast. On average, they go out about a hundred times a year, including about thirty times for rescues or boats in distress.

The 3 objectives of the SNSM: