From idea to product : The industrial process

TEMO is an  electro-portable propellor  for small watercraft that was born in the mind of its designer in May 2018. After developing the  design and several partial models, it took 9 months of R&D to design the  commercial prototype. Following usage, safety and reliability tests, it was put in the hands of boaters and fishermen who immediately adopted it by pre-ordering the first units.

Consequently, we needed to go from the production of this first unit to the industrialisation of several hundred TEMOs.

A challenge that was successfully met, thanks to an expert in the field:  Axandus, Sercel's industrial accelerator.

Just a few hundred metres from TEMO’s office in Nantes, the company supports the growth and development of innovative start-ups in their industrialisation phase. Industrial experts in mechatronics and watertight sealing and being based in Nantes... the collaboration seemed obvious!

TEMO immediately aroused their interest and since then we’ve counted on the support of their team and its project manager Emeric Menanteau. 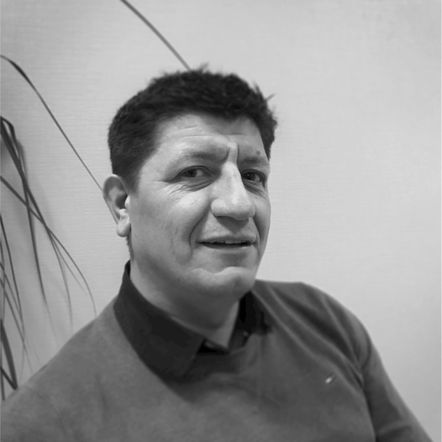 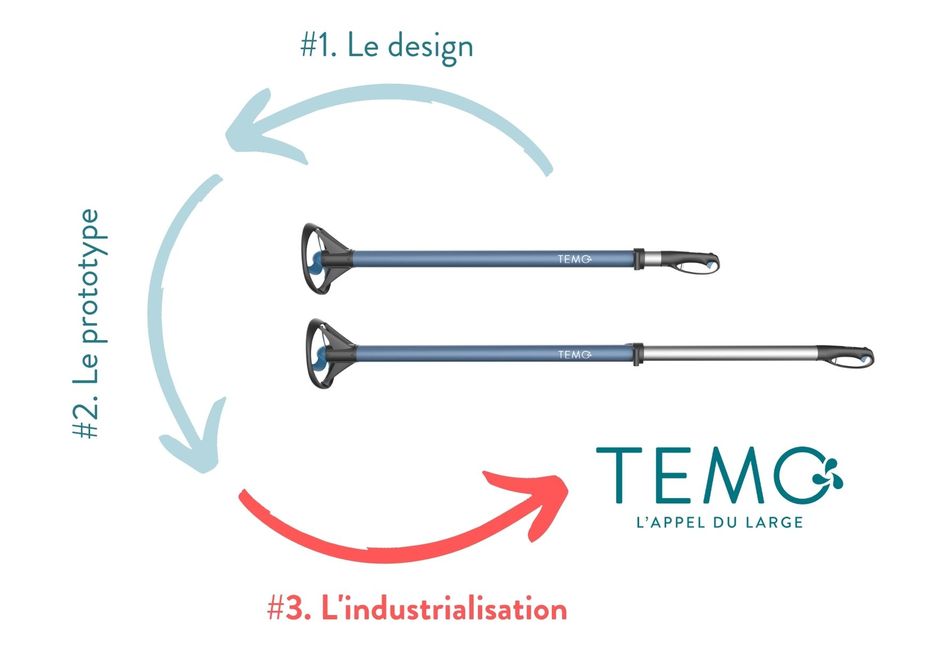 Hello Emeric, could you introduce us to Axandus' mission on the TEMO project?

Axandus' mission was to achieve the industrialisation of TEMO. There is a huge step between the manufacture of the prototype and the market launch, and Axandus has been here to help TEMO build up its industrial competence.

1) Ensuring that the prototype produced met the constraints imposed by large-scale manufacturing and making the necessary improvements for mass production.

2) Then to develop the entire production scenario so that it was the simplest, most qualitative and the final product was the least expensive possible, while respecting the specification.

How do you ensure that a product can be industrialised?

The first step will be to analyse the prototype and ensure that it complies with the specifications. It must then be adapted to the constraints of industrialisation in order to limit its cost.

This was work that we carried out together with the TEMO team and the   CIMTECH design office , which designed the prototype.

We wanted a product that was easy to assemble but also easy to maintain and repair to extend its life. To produce in France as required by TEMO, we had to optimise assembly time and rethink each component while maintaining perfect overall product consistency. 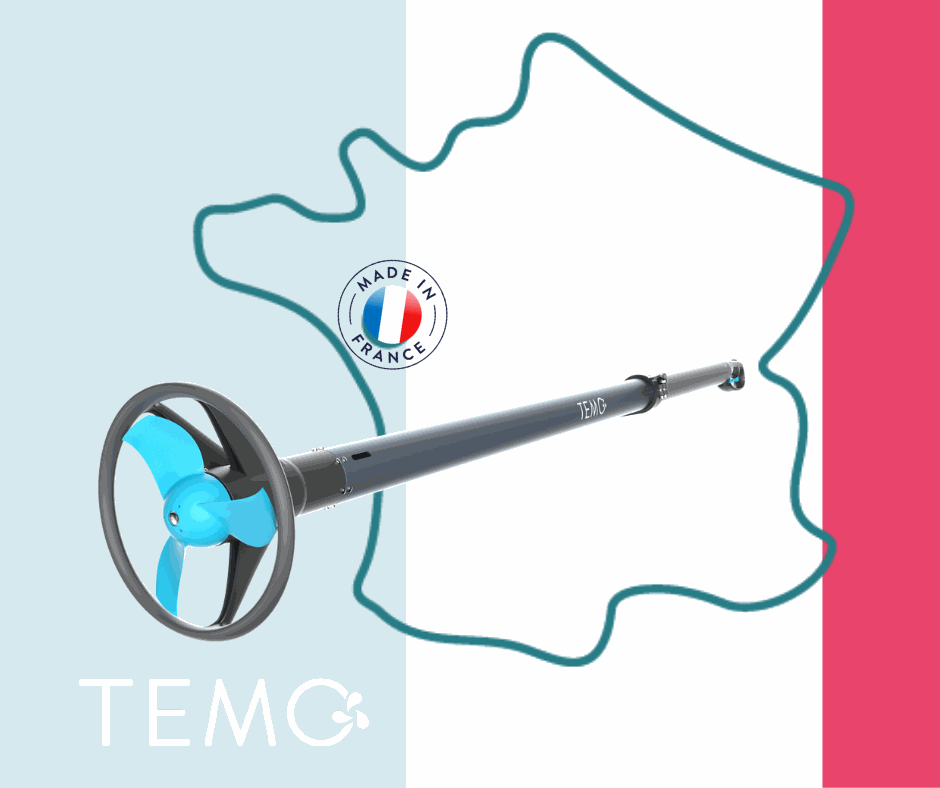 What were the key steps before being able to build TEMO motors by the hundreds?

The first step was of course the specifications. In order not to go backwards, we had to make sure that everything had been taken into account. As much on the desired functionalities as on the conditions of use, guarantee, safety, etc...

Then all the components of the BOM (bill of materials) had to be carefully examined and their complete life cycle studied: sourcing, testing, assembly, maintenance, repair, replacement, recycling, etc. Each stage in the life cycle of each component is interdependent on the others, hence the complexity of industrialisation. You cannot think of a component without associating it with the development of the others. 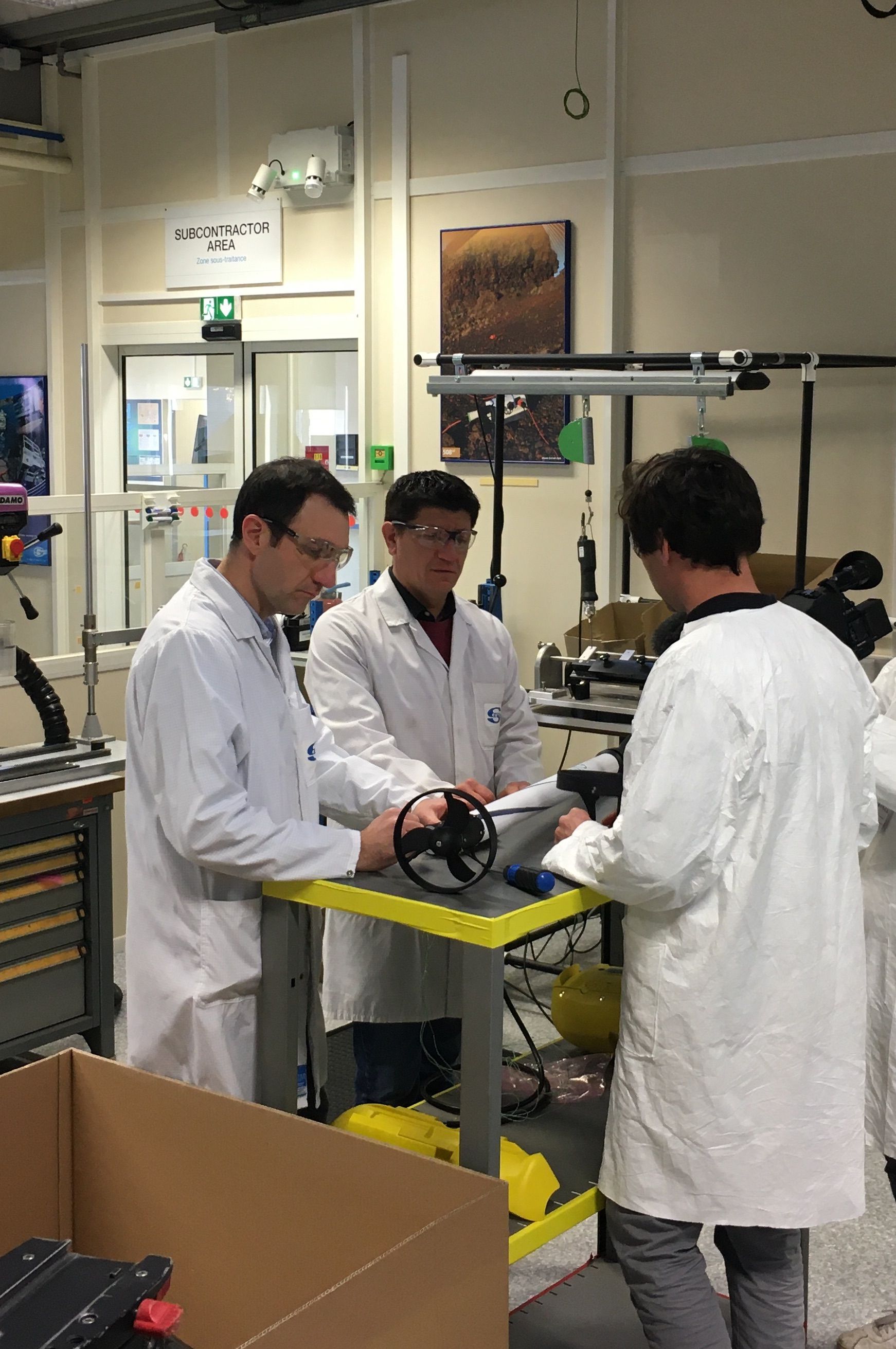 Our teams therefore carried out a major sourcing project. Sourcing consisted in identifying the best suppliers for each component and all the service providers who would best meet TEMO's needs. Several criteria were reviewed. We weren’t only looking at the price but also and above all at the quality, the deadlines and the durability of the supplies. There could be no question of redoing the work if one of the components were to disappear from the market.

The next step was also essential: the sequence of tests. Indeed, it would be inconceivable to deliver units whose components have not been methodically validated. We carried out physical and electronic resistance tests on the main components and measured the overall performance of the propeller on test benches.

To complete the exercise, several prototypes were assembled, and the plans were finalised. This also made it possible to carry out all the regulatory work in parallel.

Each stage of industrialisation is essential because it aims to build, monitor, and define the cost price of the propeller. The latter will evolve in the coming months thanks in particular to the larger production runs. 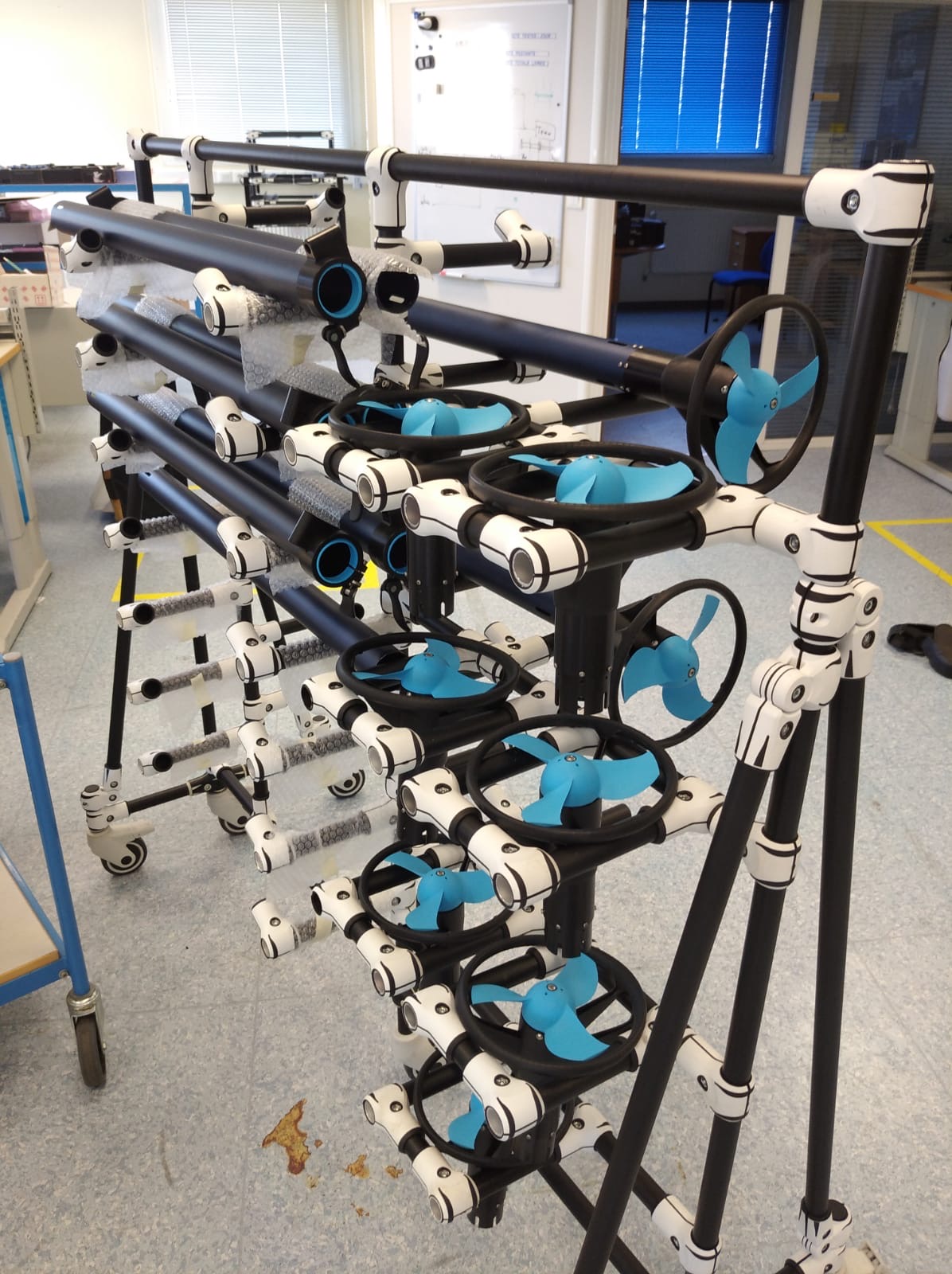 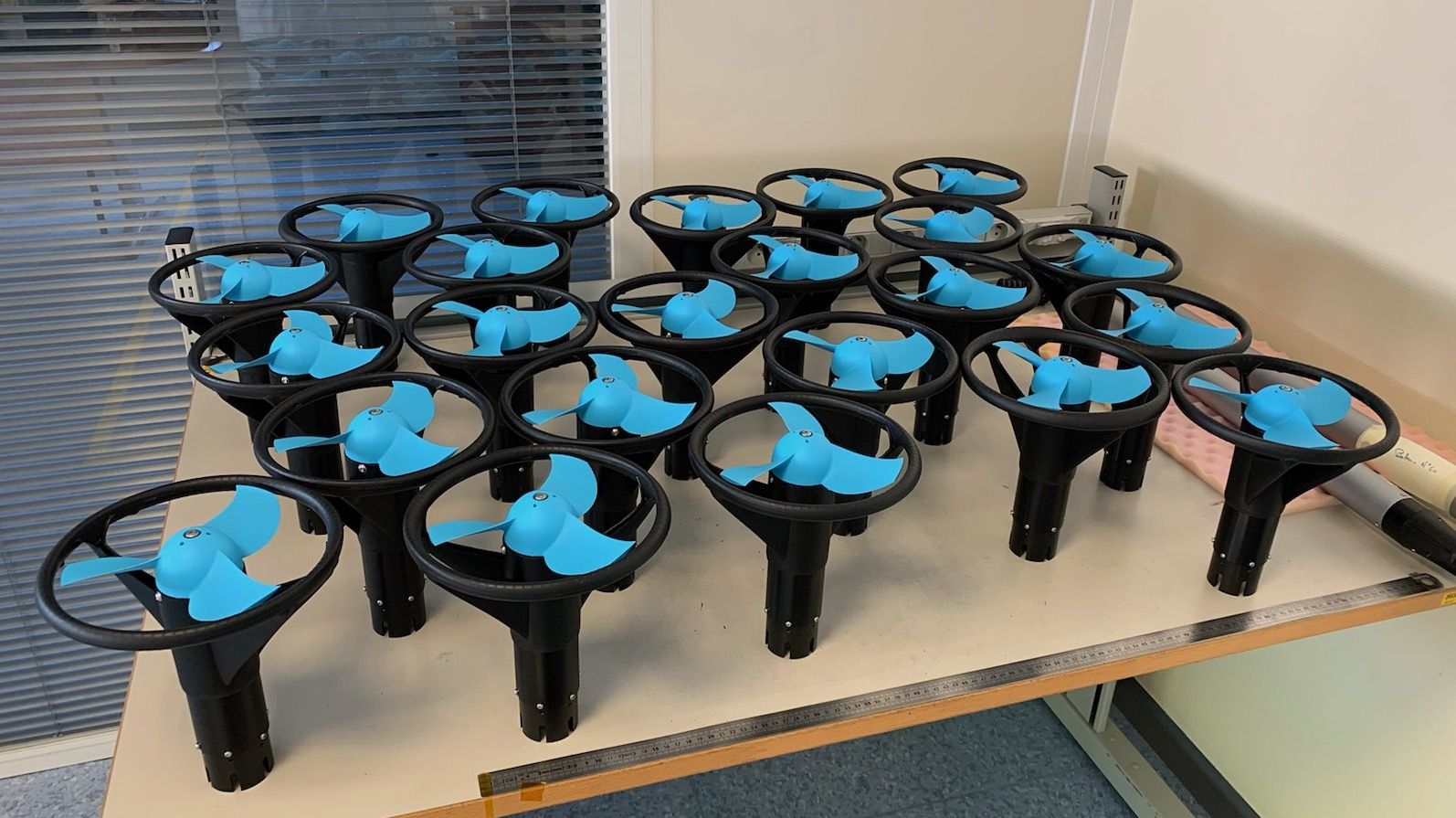 When was the go-ahead for pre-production given?

Once we had validated the prototypes, made the final adjustments to the plans with the help of the designer and the design office, and once all the suppliers had been identified, it was TEMO's responsibility to give the start signal to begin manufacturing the pre-production series. This launch needed to be anticipated according to the different timescales from the suppliers and this involved:

1) ) The production of the moulds and tools necessary for the manufacture of the parts.

2) The supply and delivery of the various components, taking into account the associated lead times.

The go-ahead has been given and the manufacture of the first TEMOs is now under way at your premises near Nantes. How is it going?

It is going very well. Despite the health crisis and the lockdown period in the spring, the project has been able to progress serenely and we have begun the phase of manufacturing the pre-production series and started to deliver to the first TEMO customers.

This pre-series assembly gives us an initial feedback and we will be able, if necessary, to amend the methods used and make further improvements to the assembly process for the following series. We are going to ramp up gradually over the next 6 months until TEMO can maintain a sustained production rate.

The role of the accelerator is to set up the entire industrial process so that the start-up has a complete synopsis of the entire production line. And that it can then turn to a conventional production plant. Our mission will end once TEMO has delivered the first pre-production runs and the assembly line is up and running.

That's the theory, but the collaboration with TEMO will last as long as it is beneficial for both parties. Axandus being a full-fledged entity of SERCEL, a well-known industrialist in the manufacture of mechatronic products, this opens the doors to a potential longer-term collaboration :-)

Read Next
How to prepare for going boating with novices?